On My Next Big Thing 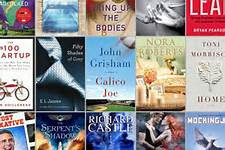 I have been tagged by the uber-talented Jennie Wood for this pyramid scheme for writers to answer a series of “interview” questions about their books—-upcoming or on the market—-and then tag three others. So here’s my opportunity for a little advance self-promotion.

What is the working title of your book? How to Write a Best Seller: A Novel

Which genre does your book fall under? For the moment, I’m going with upmarket women’s fiction with a touch of humor.

Which actors would you choose to play your characters in a movie rendition? This novel originally started out as a screenplay so many years ago that my friend with whom I originally wrote it and I thought that Goldie Hawn would play the single law professor; Sally Field, the married market researcher; and Peter Gallagher, the young love interest. Clearly, none of these is age appropriate anymore.

What is a one sentence synopsis of your book? Two women in their middle years set out to write a novel about a woman with a perfect career and perfect romance only to realize that their own grittier lives offer the more compelling tale.

How long did it take you to write the first draft of your manuscript? That depends on what the starting point is! We finished the first draft of the screenplay in about six months and then spent years on revision. When I began novelizing it in 2006, I took at least two years to complete the first draft because I was working on another novel at the same time. It has been through many revisions since then, most recently with the crucial help of my Grub Street Novel Incubator class in 2011-2012 and my two incomparable Lisa Borders and Michelle Hoover.

What other books would you compare this story to within your genre? I think more in terms of other authors whose work has some of the same flavor: Claire Cook, Elinor Lipman, Nick Hornby. It could also be considered a kind of Bridget Jones Diary for women in their middle years.

Who or what inspired you to write this book? In the mid-90s, my friend and I decided that we could write something along the lines of Bridges of Madison County. In the course of concocting the original story, we realized that our own adventures in doing so were way more interesting. So this novel has autobiographical/ biographical roots, which we used as a jumping off point to tell the story we wanted to tell. My friend really does teach law to educators and her area of expertise is privacy rights/strip-searching of students, as is her fictional counterpart’s. Sometimes reality beats out fantasy (a major theme of the novel).

What else about your book might pique a reader’s interest? I have a background in developmental psychology. A lot of my work could be classified as coming-of-age across the life span with the characters figuring out who they are, what they want, and how they can conquer their demons, often demons from childhood. So although this novel has a humorous bent, I believe that many women might recognize themselves and their struggles in my two protagonists. It’s also a book about deep friendship. The story alternates back and forth between the points-of-view of the two main women protagonists. Structurally, it’s a meta-story. A story about a story. Of course, the hope is that the book my protagonists are writing will become a best seller, and so the meta-story is also about my fantasy that my novel will be a best seller.

When and how will it be published? I have started to query agents, so the answer to that question is out of my hands for the time being. I welcome representation. Stay tuned.

The following writing colleagues all have books out that they’d like you to take notice of. Check them out on Amazon. Guys, you’re it!

Jack B. Rochester Wild Blue Yonder: A Novel of the Sixties.