On Dancing without the Stars Over the last couple of months, I’ve taken a semi-hiatus from writing. It hasn’t been a complete separation—more like a vacation where you stay in touch with your colleagues through email. I’ve kept up with my blog, participated in my bi-weekly writers' group, and completed some rough editing on a draft of a novel. But I’ve rediscovered my 80s dancing persona. Actually, it started with folk dancing in college and the years immediately following, with a twice weekly habit the year I lived in London. I even went to Maine Folk Dance Camp, where in my mid-20s, I was one of the younger attendees.

In the late 70s, I saw "Saturday Night Fever" and fell in love with disco. After 30 classes, satin jeans, and practice sessions at Faces, a now decaying club on Route 2, I had to concede that disco had lost its steam, so I switched to swing—-reminiscent of my grade school jitterbug days. And then on it went, through foxtrot, cha-cha, rumba, waltz, meringue, samba, mambo, salsa, all the way through Argentine Tango V. I'm sorry to say that most of that kinesthetic knowledge has faded in the two intervening decades. Other than the basics of ballroom, the only dance that really stuck was swing.

A few years ago, a writing friend introduced me to a local dive frequented by middle-aged patrons listening to middle aged bands at a sensible hour on the weekend. But it was a rocking good time. The ladies and I would get up to dance to the bluesy, r&B, country, honkey-tonk, or doo-wop sounds. Every once in awhile, my husband would come along, and we would trot out the old swing moves-—often the only ones on the floor to do so. Over time, more couples joined us, and we were no longer an anomoly. But I went only every couple of weeks, sometimes skipping weeks in a row.

Until this February when I became the dancing queen. It coincided with my fitness kick—-my weekly butt-killiing sessions with a trainer, my losing five pounds, my cutting out all sugar except for my daily square of chocolate. But the exercise factor became a side benefit of the more central fun factor. And the fun factor was a result of that great epiphany of one’s middle years—that the space between us and death is narrowiing.

So to the Saturday sessions I added the more mellow late Sunday afternoon set (for which you didn’t need earplugs but you definitely needed a glass of wine), the twice monthly Saturday afternoon with an Irish-Cajun band at a long-standing Cambridge pub (where a waltz or a polka is a possibility and a beer, a necessity), and then Wednesdays in the gospel-like atmosphere of the “Church of Fred” in an even tinier bar where the lead singer sashays down the narrow aisle, and we all chant the chorus. The repertoire becomes as familiar as the faces of the other regulars.

Only the first bar has something ressembling a dance floor. In the others, space is at a premium, but we push back a few chairs and make do. Sometimes, there are later night sessions at actual music venues with cover charges, or heaven forbid, the odd foray to a real dance, where everyone knows how to do two-step and zydeco and the dancers flow counter-clockwise around the room. There are casual and surprising opportunities to dance. Two weekends ago my town held a “Porchfest,” with 75 bands playing on front porches to the sidewalk audiences. And just this past weekend we attended a music festival where we danced a marathon eight hours.

All this activity doesn’t leave a lot of time for writing, but oh, the stories I am gathering and the characters I have met, liked the grizzled fellow with a missing tooth and alcoholic breath but some cool dance moves. Although I will always love dancing as long as I am physically able, I suspect that my recent frenzy will die down one day—maybe soon or maybe later. For now, my explanations of how I spend my time in my advancing years elicit surprise, sometimes envy. It makes more sense in these "Dancing with the Stars" days. But to those of you who remain skeptical, pick your venue from the above and join me. You, too, may become a convert. And if not, I can get you home early enough to use your evening in another way.
Posted by Belle Brett at 6:40 PM No comments:

On the Joys of Texting 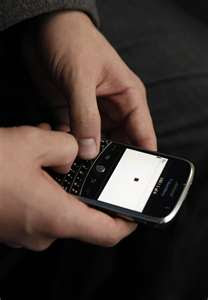 I never thought I would be a convert to texting. Just a couple of months ago I scorned it, not so much as a form of communication, but because of the way it seems to take over some people’s lives. Since when did it become permissable to be in someone else’s physical company and be so absorbed talking to an invisible presence on the other side of cyber space? Since when did my generation become such fuddy-duddies? Remember how our parents rolled their eyes at our transistor radios, at our endless phone conversations?

And then my cell phone stopped working. I decided to replace it with a phone with a keyboard—not a very smart phone, but just one with a little extra functionality. It would be good for making arrangements, I figured. So I paid the extra bucks for a texting plan.

One evening not long after I succumbed, I was in New York on business and decided to eat out in a restaurant I had visited before. It was a one menu, steak-frites French bistro on Lexington frequented mostly by twosomes and threesomes. I noted a lone woman across for me, her face buried in a book. I felt sorry for her. I’d had a demanding day and was content to sit with my glass of house red, waiting for my dinner and eavesdropping on the couple next to me. Then I had the urge to share my experience in an un obtrusive way. Remembering that a colleague/friend had recommended this place to me, I decided to text her, and we had the following conversation.

--I’m sitting in the steak-frites place by myself and thought of you. Tiring day at x, and oh the noise level. Now enjoying my much needed glass of wine. Dinner is served. So goodbye.

--Oh! So glad you are there! Wish I were there, too. Bon appetit!

--I ate a few extra fries and mustard coated steak on your behalf. May consider dessert…

--Tx for the inspiration. Profiteroles it was. Pure contentment. Stresses of the day all gone! Back to the room for “What not to Wear.”

--That is a perfect evening after a loud day. Enjoy the rest of your trip.

Hardly deep, yet I felt unusually satisfied with the exchange. I felt less alone.

My texting audience is still minimal and consists mainly of a tiny handful of younger friends and friends with grown children whose only mode of speaking to their parents is the text message. I still use it mainly to make or confirm plans, to announce arrival times. But it’s also good for a rant.

While traveling this last week, I had an annoying flight delay of three hours in DC. I texted another friend, who was also away from home.

Note that I have begun to use some texting shorthand, despite a full keyboard. The message resulted in a voice mail to me due to my being in a temporary dead zone, but I was able to return the call and have a nice chat to fill the time. Later, when my flight was cancelled, I felt an even stronger need to rage to the same friend (who also began texting about the same time as me, despite a phone without a full keyboard.)

--Adventures in flying. While knocking back 2nd scotch, flight cancelled unbeknownst to me. Spent hellish hour rebooking. On plane.

I got some sympathy, too. Short but sweet.

Today’s messages consisted of advising a family member from London about places to visit on Cape Cod in the rain. Texting on the international number is cheaper than phoning.

Why not phone or email, my non-texting friends would ask? Typing on a tiny keypad seems so inefficient and unnecessary, almost primitive. Is this progress? And that would have been my reaction a few weeks ago. But if you don’t have a smartphone or Blackberry, you don’t have access to your email at all times. Compared to phoning, texting puts less pressure on the person to provide a lengthy response or to give an excuse if it’s not a good time to talk or they just don’t feel like talking. You can look at a text at your leisure, compose your pithy reply. Best of all, you have a written record of what you said, what they said, even if it’s not great literature.

I’ve come to enjoy the the phone’s tuneful announcement that a message awaits me. Although my husband teased me this evening about knocking out a text as we were sitting on the sofa together, I promise that I will not become a set of thumbs walking down the street, oblivious to my environment and the live person strolling next to me. I will not become a slave to the technology, just because it’s there. I promise! But maybe I can persuade my husband to add a text plan to his cell service so we can send each other little notes..
Posted by Belle Brett at 7:29 PM No comments: