On the Immortalizing Power of the Internet 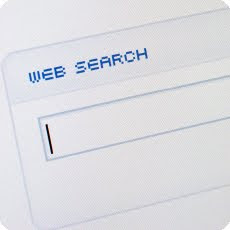 Most of us would like to leave this earth with some kind of legacy. Before the Internet, unless someone was well known, only a small number of people might be aware of that legacy. Now our lives are open books—the good, the bad, and the ugly. We know that prospective employers and suitors Google us to find out who we are. Of course, there is a fluidity to that information. Each search produces something different, depending on a host of complicated criteria.

Summing up a life from an Internet search may produce an alternative bio to the one we’d write for ourselves. My first three pages include 21 of 30 entries that really refer to me. From them, you would see first that I have my own business, that I was on Facebook, that I wrote a study guide for a documentary on career counseling in 1993 (still in demand). Then, you’d note that I was an author on some scholarly pieces as well as some chapters and reports related to current professional field. Finally, on page 3, if you were patient enough, you’d find a reference to my fiction. In contrast, my niece, who is both a scientist and a fiction writer, fares much better as a visible presence in this latter role. It probably doesn't help that I don't use my full name in my blog.

A year ago, I noticed that Googling my dad, using his full name turned up nothing. On the 14th anniversary of his death, I created an imaginary Facebook page for him and published it on my blog so that he would have his own Internet presence. One year later, I Googled him again and was amazed to find seven entries connected to his full name. Only one was my blog entry. The rest referred to patents he held in electronics and physics. Deciding to investigate further, I entered his name, using his first and middle initial, the way he often referred to himself. In the first three pages, 12 of 30 entries appeared to belong to him, including an essay called “Science Marking Time” from New Country published in 1931, when he would have been 27. In that volume, he is sandwiched between C. Day Lewis and Stephen Spender. Other illustrious contributors were W.H.Auden and Christopher Isherwood. It was the only thing my dad ever formally published. The book has been copied and can be downloaded. From these various entries (minus my blog) you would glean that he was a scientist, held various patents in the electronics industry in the UK, had worked for Marconi, lived in England and Lancaster, PA, and was somewhat of an intellectual. Hardly the full measure of the man but not a bad bio.

My mother doesn’t fare so well. If it weren’t for my blog entry of April 3rd, she wouldn’t be there at all. Yet her legacy of paintings and prints is very tangible, and she would be pleased to know that several of my friends proudly display her art work on their walls. My sister, whose first name is more common than mine and who, therefore, has a fuzzier Internet profile, also leaves behind a trail of visible markers in the form of the many garments she designed and produced over several decades. And her legacy has become more stable since her fashion archives are now housed within the very real walls of the Victoria and Albert Museum in London. (But naturally, you can find reference to this archive on the Internet.)

My husband has the best of both worlds, and he may not even know it. As an events and fine arts photographer, many, many people possess the fruits of his creative labor. Google him, even with his not so unusual name, and not only is he the first entry, but he dominates the listings. Even those in the non-tangible world of legacy can touch many lives and be noticed in cyberspace. One friend is batting 100% on the first three pages of entries with her name—all 30 entries refer to her and her work. One trick? She has been quoted regularly in articles.

A friend of mine from high school has such an ordinary name that there are 40+ of him on Facebook (and he’s not one of them). But in a few months, after his first book (non-fiction and heart-warming) is published, I can guarantee you that you will see his name appear on the first page of the Google listings. It’s going to be that big.

So I suppose the moral of this story is if you want a coherent cyber legacy, make sure you do something noteworthy, do something a lot or in the company of well-known people, get yourself published or in a museum, or start a business and secure your domain. Routinely use your middle initial, and always use the same version of your name. If your name is relatively common, you will have to work that much harder, but you can do it.

On the other hand, while you can make your mark on the World Wide Web, it’s important to remember that you can’t easily wipe away your presence once it’s out there. You can even write your own autobiography, but it will be augmented by whatever the critics have to say, for better or for worse. So, it’s probably better just to get on with your life and do what you want to do. Let the Google entries fall where they may, and, if you must check up on yourself, try another search engine once in awhile.

[Note: Although I have used my blog to give certain members of my family a web presence, this time I have intentionally omitted names so as not to add to anyone’s cyber biography.]
Posted by Belle Brett at 1:18 PM No comments:

On My Mother, My Muse 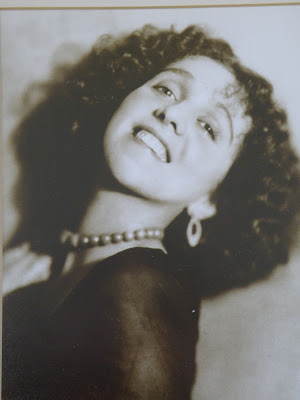 Today is the tenth anniversary of the death of my mother, Josephine Carlton Brett (June 9, 1908-April 3, 2000.) She was born in London within the sound of the Bow Bells, making her a true Cockney, but her parents were Jewish immigrants from Russia and Eastern Europe. Her life spanned most of the 20th century, encompassing two world wars and the Great Depression. When I was very young, our family emigrated to Pennsylvania for 18 years for my father’s work, but my parents retired back to London, which was always home for my mum. Except for her last year, she lived the final 30 years of her life in a flat in Putney, overlooking the Heath.

My mother was an art teacher and artist, and her huge range of talents, her continual learning of new skills, her creativity, and her productivity in her “golden” years, when she took up a new (to her) art form (silkscreen), serve as inspirations to me, perhaps now more than ever. I own and proudly display pieces from her legacy.

Because of the time in which she grew up and her detour to the USA, she was never quite able to realize all her personal ambitions. Perhaps as a consequence, she was fiercely proud of her daughters and her granddaughter and our professional accomplishments. When I became director of the career services department at the Harvard Graduate School of Education in my mid-thirties, my mum bragged to everyone, “My daughter is a director at Harvard!”

I know she would have been supportive of my writing efforts, if not a little eager for completion of my projects. When I first told her that I was writing a screenplay (probably around 1997), she was very excited. Of course, she kept asking me whether I’d finished it. I think she expected it to magically appear on the silver screen. But even in the last year of her life when she was suffering from severe dementia, she became animated when recalling the passion of the creative process—it’s like “butterflies in your stomach.” Much like love, yes?

A large portrait of my mother as a young woman hangs on the wall in the room where I do most of my writing—serving as my muse. Between my sister (see March 16 blog entry) and her, I should be able to draw sufficient inspiration to last a lifetime. The photo on the left was taken when she was about 23 (and still involved in acting, her other love.)

Below I share a poem about her that my sister and I wrote and read at her funeral, following a family tradition that my mother maintained for many years of composing poems for our birthdays. It seemed fitting to honor her life in a similar way. The last line was originally, “Go in peace,” which she always said to us as adults when we would leave her flat after a visit. I have changed it to be more eternal.

She did–
Painting, silkscreens, puppetry, and plays
Sewing, knitting, odes for birthdays.

She took pride in-
Her handwriting, her voice, an organized chart,
All her family’s achievements, her posture, her art.

She was-
Proper, stoical, don’t make a fuss.
Generous, loving, unconditionally supportive of us.