On the Mind-Numbing Movie of the Summer: Inception

Normally, I would never bother going to a film like Inception. I am not particularly a science fiction enthusiast, nor an action film fan, and this one smacked of both. However, I sometimes like thrillers, and being the product of Christopher Nolan (Memento) it promised to appeal to the thinking person. In addition, I was “down the shore” (New Jersey), and going to the movies is something we do on a hot summer afternoon.

The basic premise is that the Leonardo DiCaprio character, whose specialty is extracting information from people’s dreams, must try a reversal of his skill (i.e., planting an idea into someone’s head) in order to gain the right to return to the USA, where his young children live. His client is a powerful businessman who wants to break up the conglomerate of his nearest competitor. To achieve this goal Leo assembles a hot shot team, including Ellen Page, who will create the dream’s “architecture.” Another twist was Leo’s inability to let go of his past, in particular his relationship with his dead wife whom he calls up in his dreams. Sometimes, she is loving; at other times, she threatens to kill him. His obsession with her is his almost tragic flaw.

After two and half mind boggling hours, my poor head hurt. Although the general plot is clear (and the subplot involving his wife), the route to the disappointingly predictable ending was excrutiating—endless shoot-em-up scenes that seemed to serve no purpose except to attract a young, male audience. We are meant to believe that something original is happening. Much of the action consists of scenes happening simultaneously—dreams within dreams. These were nightmares—unidentifiable snow-suited men (and maybe women—who could tell), chasing each other over a hilly white landscape, weightless bodies floating around (and also killing each other), and a van crashing into the river in very slow motion. The gimmick was that in a normal dream, your subconscious won’t let you die, but because of the particular drug used to induce deep sleep, dream death means a life in limbo. So as the Inception team is trying to control the dreamscape, it must also stay alive within someone else’s dream.

Spoiler alert: His wife believes that her reality is the right one, and that if he lets himself “die,” he will join her in the real reality. He is torn. His wife claims that his children will be in this alternative reality. But he is rational and takes the chance that she is wrong, even though he almost strays from the task at hand. Guess what? The kids are just where he left them, sans dead wife, but otherwise, a happy ending and all. Might it not have been more interesting if the wife had been right, and that she was living in this alternative universe? We wouldn’t have seen that coming. And this is science fiction, after all.

I think the movie could have worked without all the confusing action. My mind would have been more satisfyingly bent without the distraction of the guns and the fights. Let this be a true psychological thriller. The threat of death looming is okay, but how about the threat of losing one’s sanity? Come to think of it, how about a movie about someone who almost loses their sanity watching a confusing movie that purports to be something it’s not. Now that I could get into.

For a delightful and far more entertaining alternative, go see City Island, a small scale, independent film. You want psychological? It’s about what happens when we lie. Oh, and it’s under two hours.
Posted by Belle Brett at 8:07 PM No comments:

On Technology and the Writer 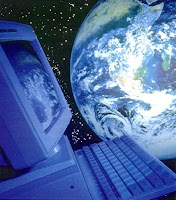 I don’t know if I could write if it weren’t for computers. Words flow through my finger tips much more quickly on the keyboard than they do on paper. In fact, other than some childhood attempts at storytelling, I didn’t start writing fiction until two years after I bought my first PC. I’m on my fourth desktop computer now. On the downside, I can’t write very easily if I don’t have access to a computer. I can make notes or scribble comments on a printed out draft, but I am not able to produce anything new. Does that make me less committed than those who still pen entire novels on legal pads?

Editing is hardly a breeze, but it is both more inspiring and much easier to read a clean copy than one covered in scrawls. At the same time, editors and agents can more readily demand revisions. Is an expectation of perfection the price we pay for wordprocessing?

Of course, the computer has all but ruined the credibility of that favorite plot twist of the loss of the only copy of someone’s 500 page handwritten manuscript (as with Michael Douglas’s character in the 2000 film “Wonder Boys.”) It’s become as an anachronistic as the bad guy cutting the phone wires, thus destroying our protagonist’s only access to outside communication. Nor are we likely to feel as sympathetic toward the writer who doesn’t back up his work.

Would I have even bothered with the year of the aforementioned “Wonder Boys” if it weren’t for instant access to the Internet? The library of song lyrics, ideas for character names (including names common in other countries along with their meanings), dates when certain buildings were built, descriptions of religions, and countless other facts and speculations is mind-boggling.

Nevertheless, I still have shelves full of books that I’ve used as background material for my novels. I am more impatient when I search the web for information. If what I want doesn’t turn up in the first couple of pages of a Google search, with maybe a couple of different choices of key words, I give up. The other day, I couldn’t easily find a particular recording artist’s top 10 hits for a particular year, so I turned to my Billboard reference book.

We can take writing courses on-line and never meet our teachers our fellow students who are critiquing our work. We can send a copy of our manuscript to friends and colleagues (and people with whom we’ve become “pen pals” on-line), and receive back “track changes.” Our circle of acquaintances, of people who share our passions and interests, is broader through blogs and social networking. I emailed a published writer who was writing about the same kind of thing that I was, and miraculously, she replied. I read her novel just after it was published and wrote a short review for her; in return, she read and commented on my novel draft—all of it perhaps possible in the days of snail mail, but much simpler in cyberspace. Writing does not have to be the solitary activity it once was when there is a worldwide community of other writers accessible to us.

Theoretically, the submission process should be easier, too. We can research appropriate agents, follow the links to books and authors they’ve helped published, examine sample query letters, and even send many of our queries on-line.

So the next logical question is, what about the novel itself? Are the days of the paper version numbered? Is the novel doomed to a life of binary code, or will it, like my beloved reference books, continue to hold its own despite or perhaps because of all this technology?
Posted by Belle Brett at 8:00 PM No comments: 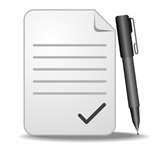 I started out this year doing a monthly “check-in.” That didn’t work. I think it might be quarterly now. This one is the second quarter plus March.

Here’s what I did well: I attended my writers’ sessions, kept up with my goal for my blog of two entries per month, attended regular writing events, and did some major revision on my two novels.

• Participated in 8 session of my writers’ group.
• Wrote and published 8 blog entries.
• Attended the following events/classes: “Winedown” at Harvard Book Store, where they celebrated the short-short in a slim little volume printed on Paige M. Guttenberg (the story I wrote was not selected. Odds-about 6-1); “Grub Gone Blue” (my story was not selected for this event either. Odds--about 40-1; two sessions of “Writer’s Life at Cambridge Center for Adult Education”; evening workshop at Grub on Revision; evening workshop at Grub on Dialogue; Muse and the Marketplace (Grub Street’s full day writers’ conference); “She Writes” 1st anniversary party (networking event).
• Organized my writing papers.
• Did on site observing for my short-story collection based on the Maine Diner.
• Read Those Who Save Us, If You Follow Me, and Olive Kitteridge. (Kind of a pathetic period for reading….)
• Wrote a 3-minute fiction story (600 words) for NPRs contest-“The Curve Ball,” using the words plant, trick, button, and fly. I was pretty pleased with it, but it wasn’t a winning entry (competition 5000:1)
• In addition to blogs, short story, and writing events/writers’ group, wrote on 26 days--6 days in March, 4 days in April, 6 days in May, 10 days in June. All writing was major rewriting of the first 90 pages of one novel and 70 pages of the other to make protagonists more likeable and the stories more engaging. Also, took out extraneous material, and revamped query letter for one novel (after doing some research).
Posted by Belle Brett at 2:49 PM No comments: