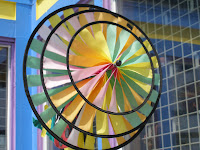 Before I wrote regularly, I took photographs. I bought my first “real” camera right before college graduation. That summer I traveled across the USA to California for the first time, followed by two months in Europe (in the $5 dollars a day era.) Film was expensive, and I think I used up exactly one roll of 36 slides without having tested my camera.

Over time and with a larger budget at my disposal, I switched to print film. Along the way, I figured out what I enjoyed capturing. I began to find my photographic “voice.” And sometimes, I produced some pretty good photos. Occasionally, someone even paid me to take photographs. I took workshops, but mostly I just kept taking pictures and figuring out what worked. Never a lot, just regularly over a lot of years. There’s much to be said for practice.

Digital photography has allowed me to be more adventurous. With no film to waste, I can take some chances, look for different angles, zoom in to the details, zoom out to catch the entire context (with my trusty wide angle to zoom lens). Even better, I can see the approximate results instantly. I compose my shots as carefully (or as impulsively as before). Other than a little cropping, I try to keep my fiddling around with the images afterwards to a minimum. (I’m not into the technology of photo-editing. I want to get it right when I hit the shutter.)

But now that I write, photography is even more satisfying as a creative outlet. The two activities complement each other, using different parts of my brain. There are similarities. Both involve using my imagination, telling a story, deciding on the focus. They are both visual media—in one case I must decide which part of the visual world I want to represent and in what way; in the other, I must paint that visual world with words.

But they are very different, as well. Novel writing, though enjoyable, is a labor intensive, indoor, and lonely pursuit. In contrast, photography for me is an outgrowth of other activities, such as travel. Because my husband is a photographer, I often have company. And the turn around time is quick. Go home, download, select, edit if needed, and print.

Each year, I choose one of my favorite photos and make holiday cards for my friends and family. Many a time I have visited a friend in July only to see my photo on the mantle. Instant external approval and gratification. And then there are the occasional requests from friends and colleagues for enlargements, with no marketing on my part.

In contrast, after months of writing a first draft, there are the revisions, feedback, more revisions, fine tooth editing, query letter creation, etc. before one even thinks of sending out the precious novel into the world for professional scrutiny. Then come the rejection letters, often months after the initial query was sent out. The self doubt. Renewed scrutiny of the manuscript. More revisions…..I can tell myself that the real accomplishment was completing such a mammoth project, that if I want to see my book in print, I can self-publish (sort of like printing up one of those photo books). But after all the expenditure of energy, after each revision, I am even more reluctant to give up. I am too invested. (It’s like waiting in that long line; once you’ve been there an hour, you’re not going to leave, or it will feel like you've wasted your time.)

Maybe I’ll get out my new camera instead. Maybe today will be the day I’ll shoot the photo that will be worthy of the annual holiday card, or maybe I’ll just stumble on an interesting pattern. And if I don’t, it doesn’t matter. With a blink of an eye, I’ll feel my creative spirit renewed, ready to tackle the character that needs some extra “spark,” or that scene that isn’t quite credible. It’s a symbiosis that works for me at the moment.

Of course, there’s always my blog. Not as quick as a photo, but it looks very professional up there on the screen. Just like a real writer….and once in awhile I even get a real reader!
Posted by Belle Brett at 7:14 PM 2 comments: