On the Medium Is the Message 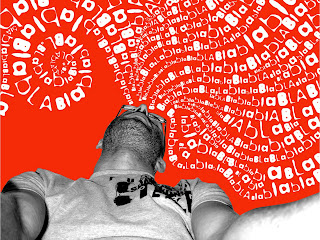 I wonder what Marshall MacLuen would have said about today’s variety of ways for people to connect interactively with each other. Would he label some methods as hot and some as cool? Of course, his observation that “the medium is the message” referred to passive communication, such as watching television or reading.

As a writer, I am intrigued about how we express ourselves differently in different forms, and what these form allow us to convey about ourselves both in terms of content and personality. I am particularly considering four modes of communicating, several the courtesy of social networking, but each of which requires a response (as opposed to blogging or tweeting, which invite responses but do not require them.)

This week I had a chance to explore through a sample of two (researcher that I am) how my theory played out. In one case, I “chatted,” had a lengthy phone conversation (not through Skype, which does add a new dimension to talking on the phone, but still, I maintain, is not the same as talking in person), and exchanged messages with an old friend I hadn’t seen in years, but with whom I had always had a great connection. The other case was someone with whom I was establishing a new friendship. We had seen each other informally but not talked much, exchanged a few emails/messages previously; then we “chatted” and finally talked by phone.

Here are my thoughts about the pros and cons of each of these:

Email/messages through Facebook: Provides an opportunity for organizing thoughts, error free if so desired. Emails/messages allow the writer to expand on an idea, if so desired, without interruption. It works when no immediate response is required. It’s easy to miscommunicate tone, thus sometimes requiring the use of emoticons or excessive numbers of exclamation points. Although emails/messages can be informal, they are more distancing than other modes because of the passage of time between interactions. (Sometimes, emails/Facebook messages can be traded back and forth quickly, acting more like texting or chatting, but because there are no expectations about an immediate reply, they are not the same.) And sometimes no reply ever comes. Did the message get lost in cyberspace, end up by mistake in the recipient’s “trash,” or glossed over because other messages came in later.

Texting/chatting through Facebook: These two media require an immediate reaction. The quickness and short length of responses invite writers to exchange clever repartee. There is potential for playfulness. Because of the feeling of confidentiality and also because chatting is detached from face and voice, writers may be more at ease to be personally revealing than they might in a phone call. Or they may be more superficial. In addition, one can take a little time to formulate a response. Unlike in a phone call (unless one adopts the practice of taking notes!), one can keep track of thread of the conversation. It reminds me of exchanging notes in study hall.

Phone(calls of substance, not making arrangements: For introverts, phone calls can be stressful, but with good friends, they can be delightful and energizing. My sister, who was very extroverted, used to talk about those who “gave good phone.” As an introvert myself, I do envy people with quick wit. I suffer more from “l’esprit d’escalier “ (the spirit of the staircase), when I think of all the fun things I could have said after I hung up. But phone calls can take many different tones, depending on the reasons for the call (catching up, discussing one another’s issues, gossipping). The pace and flow of the conversation is sometimes determined by one party, more than another. Silence is deadly. But you can multi-task.

But none of these is a replacement for in person communication. Body language. Gesture. Facial expression. Tone. You get the whole package. Permissible silences in which you can fill space with actions like taking a sip of a drink or just smiling. Sometimes the other methods will have to do, but this is the real deal. Hot and cool.
Posted by Belle Brett at 7:24 PM No comments:

On How Do You Know When the Story is Done? 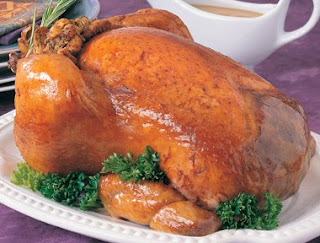 You know when the roast is ready when the internal temperature reaches 165 degrees; the quiche, when the knife comes out clean. The pasta and veggies are cooked when sampling indicates they are appropriately chewy or crisp, respectively.

But how do you know when your story is ready for submission?

Your critique group has given you multiple suggestions. One person tells you to “dwell” a little more when the protagonist meets the stranger for the first time; another doesn’t like the blonde you introduced on page 8. Someone else feels you should begin the story in a different place. You’ve been given ideas for extraneous words to delete. You revise and revise again, following some suggestions, ignoring others. As you are doing so, you get a couple of “aha” moments, which lead to some restructuring. All of a sudden, one of the ideas you had rejected now makes sense. You wonder what else you’ve missed.

You give it to a couple of other people to read. They like it, offer a few additional thoughts, maybe more minor this time. They find a few typos. You feel like you may be closing in. You search for those submission guidelines and find that your story is 500 words over the accepted limit. Time to tighten. You can’t believe how many long-winded phrases you manage to find, how you’ve inserted an unnecessary character who never appears again (but no one else mentioned), how the ending now seems too obvious. You manage to shave off 600 words. Is it enough? Of course, now you notice a mass of typos because of all the changes you’ve made. Although your husband is a great editor and proof reader, you are hesitant to give him your story in case he hates it. You like it, but you feel you’ve lost all objectivity.

So you save it in the folder on “works in progress,” and go back to the novel you were working on. No danger of that being finished to your satisfaction any time soon.

Then one day you casually mention to someone you have just met that you “write.” “Oh,” he says. “Have you published anything?” “Yes, one story,” you admit. Almost four years ago. One lousy story. Now you feel embarassed, ashamed that you even brought up the topic, even though you’ve been writing like a fiend during this time. You aren’t a dabbler. And it’s not because you’ve had rejection after rejection; it’s because you rarely sumbit work. On those few occasions when you scrambled to meet the deadline for a writing contest, your work did not receive any acknowledgement, and you allowed yourself to get discouraged. You rationalize that it takes time to find the right places, and for now you want to concentrate on perfecting your writing, on producing a substantial body of work.

You are reminded of your young English cousin who didn’t say a word until he was three, and then the first sentence he uttered upon seeing a freshly painted door was, “By jove, what a smashing green door.” A fully formed grammatical sentence. It caused a bit of a sensation. Perhaps you are hoping that when your horse leaves the gate (to change the metaphor), it will win its first race. A debut wonder. A best seller. But really, how many agents will consider you if you haven’t proven yourself in the marketplace? It doesn’t matter if you have a couple of dozen stories and three novels in the bottom drawer.

One published story is a good start. It was a decent journal. It means you’ve got some literary chops. At some point, you just have to trust yourself to say, “This is done enough,” and take the time to find the appropriate venues or get help in doing so. Submitting isn’t writing, but it is all part of the process, isn’t it? And let’s face it, you’re no spring chicken with a whole life ahead of you. After you’re gone, your bottom drawer, all your hard work, may be someone else’s recycling.Then you're really cooked.
Posted by Belle Brett at 9:28 AM No comments: