On What I Learned about Getting Published from Watching "Survivor" 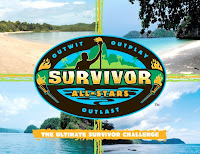 • Being hungry is a good motivator.
• You can be too hungry.
• Be cautious with your trust.
• Find allies, but don’t count on anyone else to pull you through.
• Have a strategy but be flexible. Things can change quickly.
• Don’t badmouth anyone who potentially has power over your situation.
• You need to stay strong to pull through.
• Cast your net wide and keep your eyes open.
• Don’t let a little success go to your head, nor a little failure go to your heart.
• The people who really love you will love you even if you don’t win.
Posted by Belle Brett at 12:37 PM No comments:

On the Highbrow/Lowbrow Divide Revisited 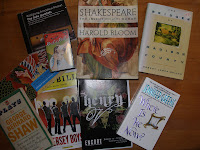 The highbrow/lowbrow divide is said to be passé. If you come from that formerly snobbish echelon of society, it’s apparently no longer shameful to read “The New Yorker” at night and “Us” magazine in the morning ("High Brow. Low Brow. No Brow. Now What?" by Scott Timberg, LA Times, 7/27/2008.) Even the holdout distinction between literary and commercial fiction has supposedly been fading, with genre fiction now mixing it up.

Tell that to the agents and publishers who keep asking us to classify our writing. Tell that to the literary critics. And tell that to my brain, which still plays those old parental tapes, still seeks the old man’s approval, long after his death.

My father was disdainful of popular culture. Until he died, he kept a copy of James Joyce’s Ulysses by his bedside. His musical interests ended somewhere in the 18th century. Although we were early adopters of television because of his career in the vacuum tube side of the burgeoning post World War II electronics industry, he rarely watched it himself, even as his own world narrowed. I remember once having a maddening argument with him in my 30s regarding the relative worth of fans of opera and soccer. Clearly, my father thought that opera aficionado was superior and belittled my intelligence for defending the soccer riff-raff.

But as opinionated as my father could be (and as dismissive as he was at times about the choices my sister and I made), he believed that people needed to be exposed to different things and make up their own minds. He disparaged our pop music but would never have considered telling us to turn off our radios.

So, here I am in the third half of my life, reading Jane Austin one week and the Twilight saga the next; equally engrossed in the real lives on PBS documentaries and the manipulated lives of “reality” TV; rooting for the Celtics and listening to Celtic music; devoted to “Dirty Dancing” and moved by “Macbeth; fascinated by Facebook and swooning over portraits by Constable. I am happy with my divergent interests but conflicted by them, too.

Not all my friends share my eclectic interests. To those whose repertoire remains distinctly highbrow, I don’t confess my most plebian tastes, afraid they would be disappointed with me or think less of me. As I read my college’s alumni/ae news full of the latest achievements of my oh-so-talented classmates, I wonder, too, what they would think of the author of the tale of a young woman who loses her moral compass in Japan and does some fairly nasty things along the way, or the saga of two women in their middle years who set out to write a romance novel in order to avoid the problems in their own lives. (This is the same college that produced Jonathan Franzen, literary writer extraordinaire and also James Michener, master of the sweeping saga--both favorites of mine.)

If I had to choose between being widely read or having critical acclaim, I think I’d choose the former. I think. At the moment, I’d settle for getting in print. And what would my father say then—-my father, who set the bar for creativity so high for himself he never even attempted to jump? Would he read page one and tell me I shouldn’t have bothered? Or maybe feeling slightly more magnanimous in his unearthly state, would he congratulate me just for trying? Maybe I wouldn’t care because my artistic mother, who happily watched “Father Knows Best” with me, would be bragging to everyone inside the pearly gates that her daughter had just published a novel and “wasn’t that something?”
Posted by Belle Brett at 8:16 PM No comments: