On Writing as an Olympic Sport

Like millions of people, I have spent a considerable amount of time tuning into the Winter Olympics these last two weeks, watching in awe at amazing physical feats (and giving up some of my writing time.) I admit to a certain partiality for the figure skaters. My interest in the competitive side of that sport dates to the time I watched in person the elegant Peggy Fleming take the American Ladies Single title not long before she won her Olympic Gold in 1968.

My own relationship to skating predates that spectacle. As a child, I recall trying out my neighbor’s hand-me-down skates on the lumpy, frozen pond of the golf course down the street from our house. Oh, how I wanted to sail around that pond, like Hans Brinker. With neither the right mindset nor the right skills, I spent more time huddled at the edge. In high school, a group of us managed to convince the administrators to let us take skating to meet our winter gym requirement (and avoid the dreaded team sport of basketball), but our instructor didn’t understand that we weren’t quite ready for double axles. In my 20s, inspired by the medal winners, I muddled along on skates before hanging up my blades for good by age 30. My fear of falling and my lack of any real talent were the deciding factors. Only in my dreams would I fly along on the ice, backwards and forwards, leaping and turning.

I turned to other, less physically- demanding, pursuits. In the past few years, my main non-paid work avocation has been writing fiction. Compared to all the winter Olympic sports, fiction writing seems most like figure skating. Maybe this particular analogy seems far-fetched and unnecessary, and the similarities between writing and skating are not why I chose the former. Indulge me. You gotta love any sport that has a figure called “twizzles.”

Skaters are the storytellers of the athletic world. Not only must they have the skills to do the jumps and the spins, they must have the artistry to put all their moves together into an aesthetically pleasing program that meshes with the music they have chosen. They must inhabit a character (or a mood) and convincingly convey emotion. As with writers, not all skaters emphasize these elements equally. Those who can land breathtaking jumps will excite the crowd, even when they lack a certain grace. They may even rack up the points (especially under the new scoring system). These skaters are like the writers whose flair for action and plot produces the blockbusters that top the best seller charts. In contrast, other skaters, still with enormous physical talent, are all about the artistry. They are the literary writers. The critics appreciate them, but they don’t always wow the crowd.

Whatever their style, these athletes have spent thousands of hours practicing their sport, getting instruction, listening to feedback, and improving their form. These are things I didn’t do as a would-be skater but am trying to do as a writer. I write regularly, take classes and workshops, belong to a writer’s group, and revise, revise, revise. So far, I have chosen to put my craft out into the world, where I will be judged—with the reward of getting published rather than receiving a title or a medal. The results will mostly not be to my liking. I need to learn what I failed to learn as a skater and what competitive skaters do with such grace. If I fall, I have to pick myself up and continue, to use that fall as an opportunity to become better, not as an excuse to quit or feel sorry for myself.

I also need to be careful not to compare my own writing to that of my favorite authors and become discouraged. Not all of us can win the Nobel Prize in Literature—the equivalent of the Olympic Gold, and most of us may not even be talented, persistent, or lucky enough to be recognized in the public marketplace. In the end, I may need to decide whether I love writing enough to pursue it regardless of any external reward, like one of my college friends, who just self-published his first novel because he didn’t want all the hassles of the seemingly arbitrary publishing world. I could still experience the joy of ruffling through the pages of my bound novel. Why shouldn’t it be sufficiently satisfying to write because I have something I want to say, or to loop around a frozen pond with a few friends, without the judges’ stamp of approval?
Posted by Belle Brett at 8:58 AM No comments: 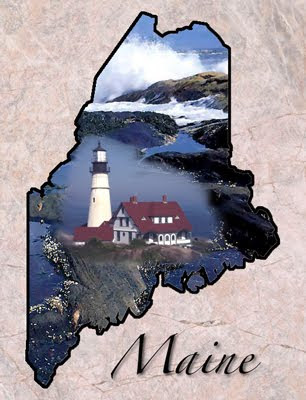 Happy Valentine's Day!
Posted by Belle Brett at 10:02 AM No comments:

I made some resolutions in January about my writing. In the spirit of my public commitment, I plan to report each month how I’ve been doing in relation to those resolutions. So here goes—

1. Revisions. I’ve revised the first chapter on novel #2, with some approval from my writer’s group. The first few pages were the hardest-I’m almost there! Just 38 chapters to go before March 1??? (But it’s the first 8 chapters that need the most work.)
2. I completed a first draft of a short story from my diner series, and have begun another.
3. I wrote two blog entries, as promised.
4. I have almost finished a 600+ page novel—maybe not great literature, but good ideas in terms of fast-paced, page-turning plot. More on that in a future blog entry.

At the time, it didn’t feel like I was doing enough, and I’m not quite on target with the revisions, but there is movement.
Posted by Belle Brett at 6:22 PM No comments: