On the Devil is in the Details 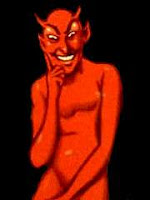 “Last Wednesday, I went to the mall. No, I think it was Thursday, because I always go to the mall in the morning, and Wednesday morning I had a doctor’s appointment. Yes, I remember it had to be Thursday because I left town on Friday. Anyway…” How many of us have stifled yawns as a beloved family member recounts something that happened to them? As an acquaintance of mine would say sarcastically, “Get it right; it’s important.” But, of course, sometimes the details are important. It all depends on the context. In a police report, the day of the week would be crucial.

In fiction, details are what make a story rich and interesting, and the details you choose to share are important whether to establish texture or to provide valuable information that highlights a character or moves the narrative forward. So, how important is it that the details accurately represent reality? Since it’s fiction, we may conclude that it doesn’t matter. But….

Last year at a writer’s conference, I attended a program called “Agent Idol,” modeled loosely after “American Idol,” with its panel format. The idea behind the program was to show what kinds of things raised red flags for agents and editors and possibly stopped them from reading further. Attendees submitted first pages of their novels or stories to be read out anonymously by a reader. When the reader hit a line in the first paragraph of my novel in which I refer to a pair of handcuffs attached to a wall in a love hotel in Tokyo, one agent’s hand shot up. “Ridiculous,” the agent said (and I am paraphrasing). “I’ve never seen handcuffs attached to a wall; they come down from ceilings.” In fact, I had researched love hotels and their various accessories, and, indeed, photos show quite clearly that wall handcuffs exist. But that didn’t matter. My use of this particular detail, which the agent did not find believable, especially early in my story before I had engaged her, ruined my credibility. In a later rewrite, I eliminated the reference to the wall. Why take a chance?

In my own reading, I notice that I, too, am put off by details that seem wrong, whether or not one could argue for them. For example, much of Zadie Smith’s novel On Beauty is set in a town near Boston, where I have lived for the past 30+ years. Early on she describes the architecture of a house that she probably saw in a part of downtown Boston. She transplants this four-story house (mistakenly called “New England” style, which that house is decidedly not) to a neighborhood near her fictional college. I wracked my brains trying to think where such a campus could be to have a house like this, and I could not. Strike one. Just a page later, she talks about someone coming up to see the “Color” in the area in September. By the Color we assume she is talking about the autumn leaves, which don’t turn in this part of New England until mid-October. Later, there were instances of impossible travel routes to add further to my annoyance. Had I found her writing less ponderous perhaps I would have been willing to forgive these transgressions.

In her blog,The Write Reality, Pippa Goldschmidt, a scientist and fiction writer, tells of her irritation when writers misrepresent science. But she also argues that “a desire for accuracy can shade into pedantry.” It may be important to consider from whose point of view the story is told, and what might that person know or not know as they view their world? How does any inaccuracy illuminate their character?

These are useful considerations. If we require 100% accuracy in our stories, we would either write only about what we know very well, spend all our time doing research and fact checking, or create only fantasy worlds. Perhaps what counts are consistency and plausibility within the context of our particular tale. Ask those whom we ask to review our stories before we send them out if anything trips them up? If your setting is one with which you are less familiar, find a reader who has lived there. Or if you are describing a profession, give it someone who understands that profession. When needed, do some basic research using credible sources. And remember, even if it’s accurate, it may not be believable! (But it really happened like that!)

Of course, there will always be readers who, convinced they know it all, will delight in pointing out your supposed errors. You won’t please everyone. Just hope you can please the agents and the editors.
Posted by Belle Brett at 3:11 PM