On Remembering Beth: A Conversation between Belle and Pippa 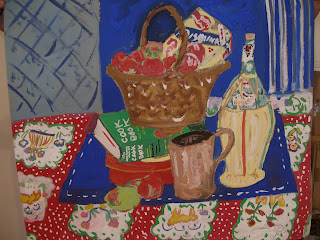 March 16 was the eighth anniversary of the death of Beth Brett, sister to Belle and mother to Pippa. To commemorate this occasion Belle (who lives in Boston)and Pippa (a resident of Edinburgh, Scotland) held a conversation about Beth and the influences she had on each of them. Like Belle, Pippa is also a writer www.pippagoldschmidt.co.uk. The conversation took place at the Franconia Inn in Franconia, New Hampshire, where the family spent Christmas of 2000, the year before Beth was diagnosed with cancer. We all remember it as a happy time.

Which of Beth's qualities do you most admire and remember her for?

Belle: I would say her exuberance for life.

Pippa: Her determined and clear vision about what she wanted to do. It wasn't easy but she worked hard to run a creative business and make a living while still maintaining control.

Belle: She was an excellent model for running her own business. Another quality I admire her for is her prodigious creativity. She turned out sketch after sketch. Her output really hit home when we went through her archives after her death.

Pippa: Yes, part of my growing up was to be surrounded by sketches.

Belle: How did that example make you think about your own needs and capacilties?

Pippa: You need to be determined and work hard to shape vague ideas into something real and concrete. It also made me realize you can follow your own ideas and don't have to be subsumed into something else, and also that other people will find that interesting. If you work hard at shaping a vision, whether clothes or writing—it takes a lot of work to shape something that is uniquely yours.

What was the most influential thing?

Pippa: Seeing her work at it—the cost and effort. That has its own rewards and efforts—the doing of the thing. When I relate it back to my own work, the doing of the writing gets more and more interesting as I learn more about how to do it.

Belle: I would say a third quality I admire was Beth's capacity to be a really good friend. She could listen, but she was also interesting and funny. She had a natural spontaneous wit and was good with wordplay. She actually had the skill to be a writer. She fed off of others. Her stories about the ragtrade were hilarious. I would have been interested to see her memoir.

Pippa: She loved reading. We would quote chunks of Catcher in the Rye together.

Belle: What appealed to her about Catcher?

Pippa: The wordplay, the expressions. It was an honest, truthful portrayal about fitting into the outside world. It showed me the world of New York City in the fifties.

Belle: That book showed me I wsasn't repressed! So many of my female classmates thought it was disgusting, and I found it funny. It is difficult to achieve that kind of a distinct voice.

Pippa: We shared a lot of books. One book I read first was Jane Gardam's A Long Way from Verona about a young girl growing up in wartime. It is another book with a strong voice. Another book we all read was Frost in May by Antonio White. Dad brought it home. On the surface it was just a school story, but it's about trying to work out one's personal morality. It's beautifully written.

Any other qualities Beth had that stand out for you and serve as influences?

Pippa: Another quality she had was determination. She would stick with something in face of difficulties. Even when she had bad selling seasons she wouldn't give up on it. She had huge tenacity.

Belle: That's something I have trouble with as a writer. All that rejection.

Pippa: It's a mistake to see external rejection as failure. It has nothing to do with you as a writer. You have to look within yourself for success or failure.
Mum appreciated her own talent. That allows you to fare in times of difficulty. It was damn annoying and upsetting at times. But she never got stuck in a rut. She always found new ways be to be inventive. It's easy to feel comfortable with what you are doing and then become loathe to get away from your style. She was very alert to different ways of making a living.

Belle: You've had the advantage of already getting some external recognition as a writer, through being published and your in-house writing residency at the University of Edinburgh.

Pippa: I was surprised that people found my fiction writing related to science was the most interesting part of my writing. It did give me a niche, and the writer in residency consolidated that.

What was your trajectory as a writer?

Belle: I started creating stories as a child--they were more like graphic novels, which I drew. I just never wrote the words down, but spoke them out loud. And then in high school my two favorite assignments had to do with creative writing, but it took me a long while before I figured out that was something I wanted to do. I envied Beth because from a very young age she knew she wanted to be a fashion designer. In contrast, I was such a dilletante until recently.

Pippa: I tried to write as a student, but I didn't have the time or ability. At age 25, I did evening classes and wrote my first complete story at about 28. Then I began to do a lot of writing and at age 30 went on my first residential course/retreat. After Mum died, I stopped for awhile, but got back to it within a year. I was trying to work on a novel. I wrote sad stories.

Belle: After Beth passed away, my creativity dried up for a couple of years. Then I realized that life is short, there is no Godot, and I had to stop making excuses for myself.

Pippa: Mum expanded her own horizons until she couldn't do it anymore. She wrung every bit from life. When I was young and would say I was bored, Mum railed at me--do something! You have so many things! I would sit under her ironing board while she was working.

Belle: Why did you choose science?

Pippa: I think I wanted to differentiate myself from parents. It helps to avoid comparisons.

Belle: And the writing?

Pippa: Writing was a deep-seated passion. But you need such solitude for it. You also need experience doing different things in different ways before settling down.

Beth--Thanks for all you gave us. RIP.
Posted by Belle Brett at 8:11 PM No comments:

On Writing What You Know 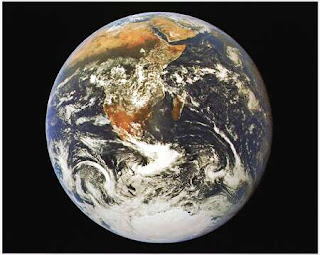 CN Nevets in a February 3 blog post talks about the concept of “writing what you know.” He concludes that “writing what you know or writing authentically means knowing enough about what you’re writing that even if you’ve never experieneced it yourself before, your readers will feel as if they have through your story.” He suggests that this kind of authenticity can come through understanding the emotions being conveyed, not being over confident with the details you pick up from your research, and knowing when facts or details may not be important or relevant.

In thinking about my own writing, I realized that I use the concept of “writing what you know” in slightly different ways.

Writing characters you know: In life, we meet people who are so distinctive that they were just born to be in novels. Their style of speech, their mannerisms, the roles they play offer us jumping off points for imagination. My novel set in Japan is populated with distinctive, secondary characters based on people I met while working there many years ago. However, neither the protagonist nor the antagonist, who occupy center stage, are based on real people.

Writing places you know: Many a writer makes his or her living setting much of their work in their hometowns or other familiar places. Think Anne Tyler and Baltimore, or Robert Parker and Boston in the Spencer for Hire series. In these books, place often becomes a character. I am most comfortable setting my work in places I have lived or visited, but because my knowledge may extend back to another era, I frequently find myself needing to do research to get the details right, such not having a character visit a place that didn’t yet exist.

Writing time periods you know: If you write stories set only in the current time, you still need to understand how the history of characters who are older or younger than you will have an impact on their world view. Those of us with any life experience know people of different ages and can generally try to represent those views. However, when writing about an earlier time in one’s life, the challenges are greater. Coupled with some good research, we may be able to capture the essence and even some of the details of those times, but it is easy to misremember our own pasts and how we acted or felt, and perhaps even harder to present characters not of our generation.

Writing about experiences you’ve had: As the basis for a whole story, writing from real life has its pitfalls because of the tendency to want to tell a story as it was (in which case, write a memoir!) Real experiences don’t always have the necessary plot or arc to maintain reader interest. Thus, the writer may need to veer off substantially from the way things actually happened. And just because something happened doesn’t make it believable. Real experiences can be used in a variety of ways in telling a story, and for me always serve as a trigger for my writing. In a recent short story, I used something I’d witnessed as the inciting incident of the plot. My Japan novel is liberally sprinkled with things that I actually experienced that give the story its texture, but they do not provide the spine of the story. In contrast, in my young adult novel, real events provide a structure on which to hang the plot although the plot is entirely fictional. Finally, in my novel about the adventures of two women in midlife, real experiences inspired many key plot points.

Writing emotions you know or understand. Building on Nevets point, above all else, I believe that the success of a story that is character driven rests on the authenticity of the emotions of those characters. Simply put, do we buy it, even if the story takes place in an unfamiliar world and time?
Posted by Belle Brett at 7:18 PM No comments: