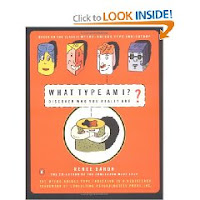 A challenge for any fiction writer whose books are not solely plot driven is to develop memorable characters. These characters should be distinguishable from one another by their quirks, styles of speech, and patterns of behavior, and as they change, they should act in believable and consistent manners. Over the span of 300 or more pages, this is no small feat. There are tools we can draw on from other fields to provide a framework. One of my favorites is the Myers Briggs Type Indicator (MBTI), which I enthusiastically embraced in my former lives as a career counselor and administrator.

Katherine Briggs and her daughter Isabel Briggs Meyers expanded on Carl Jung’s theory of psychological types and made it more accessible. Although developed several decades before, the MBTI came into vogue in the 1980s when a number of books about it were published, including the second edition of A Guide to the Development and Use of the Myers-Briggs Type Indicator (Isabel Briggs Myers and Mary H. McCaulley, Palo Alto: Consulting Psychologists Press, Inc., 1985) as well as the more popular Please Understand Me (David Kiersey and Marilyn Bates, 1978; new version now available). For awhile the MBTI was a very popular in corporate settings.

In brief, the MBTI poses four dichotomous scales designed to describe a person’s preferences in relation to her perceptions and actions. The names that were assigned to these scales can be a bit misleading in that they may conjure up images different from those intended. Simplistically put, the four scales are:

Introversion (I)-extroversion (E): Where does your psychic energy come from? Extroverts obtain much of their energy from being with others; introverts prefer being inside their own heads and may be drained by spending too much time with others, especially large groups. (Many actors and writers are introverts in this sense; many salespeople are extroverts.) Note that extroverts are much more common than introverts.

Sensing (S)-intuition (N): How do you collect and generate information? The sensing person focuses on concrete information and details gathered through their five senses. The intuitive person prefers the world of possibilities and ideas. (For examples of a sensor versus an intuitor, think George W. Bush versus Franklin Roosevelt or Abraham Lincoln.) However, although we may associate creativity with intuitors, sensors can also be very creative.

Thinking (T)-feeling (F): How do you process information, especially to make decisions? The thinking person uses analysis and logic. The feeling person is more concerned with values and emotions. (Think Barack Obama versus Bill Clinton.) Note that women are more likely to be feelers, and men thinkers.

Judging (J)-perceiving (P): How do you operate in the world? The judging person likes to organize their world and prefers closure. The perceiver is more spontaneous and continues to collect information. (Think Felix versus Oscar in The Odd Couple.)

After completing a multi-item assessment, each person can be classified into a four letter type, and each of the 16 resulting types also has distinct characteristics beyond the sum of its parts. (Of course, on some scales, people may be more of a mixture; in others they may have much stronger preferences.) However, I’ve found that even a knowledge of the four scales provides useful information, especially to truly grasp why someone may think or act differently from you. As a partner, manager, subordinate, co-worker, or friend, you can manage your own expectations of others’ behavior much better if you understand their type preferences. Setting aside the arguments that the MBTI doesn’t describe all aspects of personality (and has its detractors), it covers a lot of the ground where tensions between people can arise.

Back in the world of fiction, these inherent tensions between types can also provide the fodder for conflict in fiction. Imagine the high J (judger) becoming very frustrated with the high P (perceiver), who seems incapable of making a decision. At the same time, the P accuses the J of being rigid. Or the high T (thinker) may ridicule the high F for being illogical while the high F may think that the high T has no heart. The high E can stay at a party all night, but the high I has had enough after a short while and would rather go home and read a good book.

There are hundreds of references on the MBTI. A useful, though not definitive, URL is ODportal.com. To use the MBTI in the way it was designed to be used requires formal training and certification, but for the writer, the fun is in the description of type and seeing how these different types might aid in character development.
Posted by Belle Brett at 1:04 PM 1 comment:

On Taking the Plunge and Other Ways to Open a Story 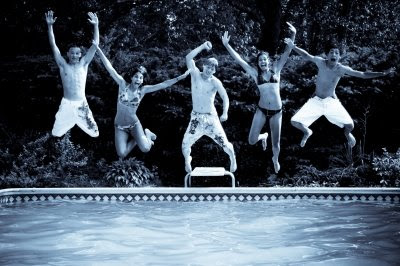 I start most of my stories by leaping headfirst in scene, into the action. But the opening to my first novel isn’t working, and I couldn’t figure out why. It has high stakes, lots of tension, an unusual setting. Why, after countless rewrites, is it still not doing its job?

Recently, for the long drive back from my college reunion, a friend had lent me some short stories on tape. I listened to these stories as much to learn something about structure as to be entertained. What struck me was that several of these began somewhat languidly, laying out a back story, poking around the head of a key character, or stepping way out for a view of a place or a time in history. If I believed that a novel should start in the middle of things, I had even surer convictions that a short story must catch our attention even more quickly. How else to do this than to plough right in? Clearly, despite regular evidence to the contrary in my own reading, my vision had been clouded by something I had learned or heard that had etched itself in my writer’s brain.

A few days later, thanks to Grub Street Writers instructor, Jasmine Beach-Ferrara, and her informative three hour workshop, “Nailing the Opening,” I now have the language to apply to my analysis. Ms. Beach-Ferrara laid out a framework (along with easy to remember names) of five different kinds of openings that could also be combined with each other. These are:

• “The Plunge.” That’s me. Immediate, out of the gate, immersion into the action.
• “The Wind-up.” A more deliberate entry that may cover a lot of time, maybe even recounting a backstory.
• “The Rumination.” I begin a lot of chapters with these, but I’ve never begun a story this way. In this opening, a character ponders “life’s truths.” The rumination is particularly useful to introduce the voice of a first person character and may give us some sense of the theme of the story/book.
• "The Aerial View.” This kind of opening orients us to the world we are about to see. It is useful when that world operates differently from the one we know. The aerial view is distancing.
• "The Hook." We all know this as the clever sentence or two that immediately snares us, intrigues us, surprises us, makes us take notice and want to know more.

Of course, many stories combine these kinds of openings. Later, I went back to some of my favorite novels to see how they began. One Flew Over the Cuckoo’s Nest introduces us to our narrator, Chief. At first glance, it looks like “The Plunge.” We are in the middle of a scene, but it is a scene that has probably played out before. Kesey skillfully lays out the unfamiliar world of the mental institution for us, giving us an “aerial view,” but at closer range. In Catcher in the Rye, Holden insists he doesn’t want to give you any back story, but then he does (A Windup)along with some rumination until he gets us to where his story begins. We have an immediate idea of who this character is, and we are along for the ride. Memoirs of a Geisha, another first person narrative, begins with a short rumination before leading us into the tale that takes place in chronological order. In contrast, the curious incident of the dog in the night-time, takes a short plunge, gives us a piece of back story to help us understand the narrator, and then brings us back to the action.

In that short evening class, we had the opportunity to apply four different opening techniques to a piece we were working on. In just eight minutes each, I spent time in my narrator’s head making observations about this new identity she had assumed (rumination), had her consider the past that brought her to that place (wind-up), described the strange world she inhabited (aerial view), and had her jump in and out of the water more quickly than I had before. What a simple, yet brilliant exercise that forced me out of my comfortable patterns! Now I am so giddy with the possibilities, I hardly know where to begin….
Posted by Belle Brett at 6:26 PM 4 comments:

On What I Realized after Attending My College Reunion 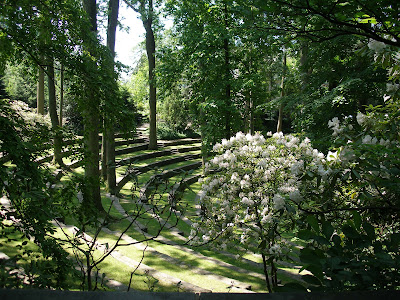 • We look older than we feel.
• In late midlife, people want to write about their stories not just talk about them.
• I feel less nostalgic about the past than I was when I was closer to it.
• Reunions are easier without the presence of one’s spouse.
• Spouses generally don’t care for college reunions.
• No one understands the kind of work I do for a living.
• Many of us are less interested in talking about our work than we used to be.
• I really am an introvert--three days of solid talking and listening has exhausted me!
• Your true friends are the ones you can pick up with where you left off.
• People’s personalities don’t change over time, though some of the edges are softened.
• Death of loved ones is a common denominator for all of us.
• Folk songs from the 60s/early 70s were far superior to what passes today for folk music.
• Peggy Seegar is a true talent and a wonderful entertainer.
• Some people will always be sad.
• Some people will always be angry.
• Some people are dauntingly accomplished.
• Some people have an astonishing capacity to remember.
• Some people can get everyone to listen to them.
• Some people will never come to reunions.
• Most people who seemed to be from another world all those years ago are really very nice.
• Some people in our cohort are grandparents—how can that be?
• Buildings on college campuses should “be in conversation with each other.”
• College dorms are soulless places without students.
• The people who knew you when you were young know you in a way that no one else can know you.
• I am not the only one who saved all our college newspapers, but I do need to downsize!
• Time is whizzing by—it seems like I just attended my last five-year reunion.
• We attended college at an extraordinary time.
• The events—both internal at our college and external in the world--of that extraordinary time bind us together in a special way.
• Although we meant it at the time, we will not follow up on most of those promises to make contact with the people with whom we do not already have contact.
• Most of us will be dead or too infirmed to come to our 70th reunion.
Posted by Belle Brett at 1:47 PM 2 comments: