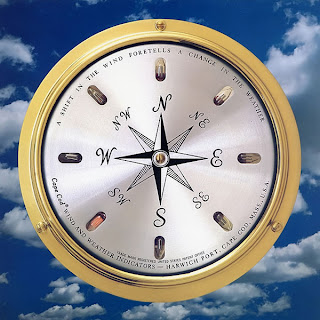 Most people don’t keep their New Year’s resolutions. So making them invites the possibility of feeling like a failure. I realized after reviewing my year as a writer (see my 1/1/11 blog entry) that while I hadn’t accomplished many of the “reso-goals” I set last January, I could credit myself with a number of other equally ambitious and valuable achievements.

January 1 is somewhat of an arbitrary time to set a course, especially for those of us whose schedule revolves more around the academic year. But because it marks the beginning of a new tax year, it represents a chance to clean out the files (both actual and mental) and consider one’s direction.

This year rather than setting specific and immutable writing-related goals, I am going to apply the analytical skills I use in my paid work and construct a list of lessons learned with some accompanying principles or recommendations in no particular order. Many of these may seem obvious (such as the value of reading for writers), but we often overlook the obvious, and one person’s obvious may be another’s aha moment. As I review my list, I am surprised at how many are inter-related.

1. Keeping a detailed record of my writing-related activities provides me with a sense of accomplishment and keeps me honest in a positive way. Even when I feel I haven’t been doing much to further my writing, all I have to do is review the diary. Good for me for doing this. Recommendation: Add a weekly tally of pages revised or written. Add reading about writing, such as articles, blogs on writing.

2. I thrive on variety. I am constitutionally unable to stay with just one project until it is finished before starting another one. There is nothing wrong with this as long as I don’t leave a string of abandoned projects because I am afraid to finish them and get them out there. Recommendation: Go with the flow. The point is to keep writing and to enjoy it. If this means flitting between projects, so be it.

3. Reading both for the pleasure of it and for learning about writing is a critical part of a writer’s education. I love to read and wish I weren’t so slow. I learn so much from reading good books (and the occasional bad one that has a terrific plot.) Recommendation: Keep the Kindle loaded up and take it everywhere. Keep TV viewing and magazine reading limited.

4. Workshops, conferences, readings and gatherings all provide a periodic inspirational shot in the arm. I no longer have an interest in committing to a ten-week course. I have my writers’ group, and I am a very self-motivated person, but it is helpful to focus on a specific writing issue occasionally and/or to be around others who also write, to learn from them, to be inspired by them. Recommendation: Try to find and attend at least one such event each month. It’s probably less important what it is than just to go to something.

5. Immersing myself in writing, especially in a location away from home, increases my productivity. Occasionally, while on vacation I have had the opportunity to write every day without the distraction of work and in a new environment. I may only write a couple of hours each day, but the consistency allows me to stay revved up and enthusiastic. In addition, it is a luxury to be able to write in the daytime while I am fresher. Recommendation: Build a writing-oriented vacation into my schedule at least once or twice a year, even if only for a few days at a time. Look into going on a writers’ retreat in some nice place.

6. Feedback is essential to becoming a better writer. I knew someone who wrote four novels but made little headway in getting any published. Later I found out that this person never asked anyone to critique his writing. Few people can be objective enough about their work to know whether or not something is working. Recommendation: Continue to seek out critique, not just from my writers’ group, which looks at 5 pages at a time, but from others who may be willing to read larger chunks at one go.

7. If I write after about 10:30 at night I have trouble sleeping. This one is tough because most evenings, the earliest I can really begin is 8:30, and sometimes the juices don’t really get going until 10pm. Recommendation: Start earlier and write regularly, so that even if I don’t spend more than an hour at it, the momentum is there. (See #5.) When possible, consider devoting some afternoon time in addition to the weekend, even when not on vacation.

8. I need to step away from my work for awhile to successfully revise. See #2. Because I have number of irons in the fire, I often leave one alone for awhile. The distance allows me to more critical of what I’ve done. Recommendation: Build in a DNA spiral of revision, even if it takes longer to complete a project. If possible, try to get through a full revision before moving on.

9. Blogging forces me to reflect in more depth about something I have been thinking about. I began blogging to create more of an external presence in my writer’s persona. But I have found it to be a useful personal forum for sorting out and capturing my thoughts. I know from a point of view of going after a readership, I need to do it more often, but that isn’t my primary goal at the moment. Maybe at some future date. Recommendation: I stuck with my goal of two a month last year, and I think that is a reasonable goal for this year.

10. They were right. Sometimes you just have to sit down and say I only have to write for 15 minutes. The key is sitting down, turning on the computer. When I haven’t had an opportunity to write, lack of confidence and doubt sets in. It’s the continuity that counts. Inevitably the 15 minutes turns into an hour (but see #7 for maximum end time in the evening.) Recommendation: As the Nike folks said, just do it!
Posted by Belle Brett at 6:54 PM