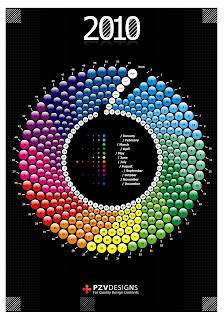 How can I resist publishing something on 1/1/11!

I officially proclaim my activities in writing for 2010. Including my fourth quarter,as a writer, I:
• Participated in 24 sessions of my bi-weekly writer’s group, taking in pages every single time.
• Wrote 24 blog entries, not counting my check-ins.
• Attended 6 evening workshops, 2 full day writing conferences with multiple sessions, 4 writer’s party/networking type events, 4 readings.
• Wrote three flash fiction stories, which I submitted to contests (didn’t win), and completed one other short story.
• Completed 9th draft of one novel, involving some substantial revision to the opening, and had someone critique that version (almost final!!!) It had been critiqued as a whole previously by 5 people. Wrote a new query letter.
• Completed 3rd draft of another novel, and had three people critique whole novel (writers’ group has regularly been critiquing pages). Wrote a synopsis and revised chapter outline. Did some initial editing after the critique, especially to opening chapters to make characters more sympathetic. Needs cutting.
• Made substantial revisions to first four chapters (out of a 10 chapter novel) young adult novel begun many years ago.
• Not counting writing my blog entries, I wrote on 25% of days; adding in blogs, writers’ group, writing events, I did something related to writing on about 46% of days. Not bad given I had one of my hardest work years since I’ve been self-employed.

Here is what I said I would do last January (my reso-goals), and how well I did these things (or why I didn’t.)

1. Complete revisions of my novel on the travails of two women in their middle years (by March 1), obtain further critique from three trusted reviewers (by April 15), make final revisions, prepare manuscript to send out to agents by June 1. What happened: Completed revision (by mid-July) and obtained critique of three people. Because one of the critiquers was involved with me in development of the screenplay on which the novel is based, the timeline has been changed to suit her schedule better. Will have draft 4 ready by summer.
2. Write short synopsis and query letter to be reviewed by six people each. What happened: See above—not quite ready for prime time.
3. Research appropriate agents and send to 5 a month once manuscript is ready, for a total of 30, if needed by end of year. What happened: See above. But should have bit the bullet and done this with the first novel.
4. Write on average two blog entries a month (can cheat and make at least four of these primarily photographic in nature). What happened: SUCCESS!!! And I didn’t even cheat!
5. Write six new short stories for Maine collection (average length-4000 words), or approximately one every two months. What happened: Completed only one additional story in the series, but DID write three flash fictions, revise first novel, and make substantial progress in revising young adult novel (which was not part of the plan.)
6. Read on average one good novel a month (slow reader…)—already in my possession, used, or borrowed. Only buy new if attending a book signing. What happened: Pretty much met this goal. Maybe bought a couple more books than I said I would….
7. Spend at least 20 days in Maine to get inspired for #5. What happened: Spent 22 nights in Maine (over 8 trips) and went to the Maine Diner at least once on most of these trips (for inspiration!)
8. Skim through all magazines, reading only what really interests me (vague, I know—sometimes you have to go with your gut), and complete by end of month in which they arrive, in order to make time for 1-7. What happened: Better at this, but not quite there. Tend not to finish magazines if I am in the middle of a good book.

Biggest disappointment: Didn’t write that much fresh material this past year—most of it was revision. Also, only work submitted was the three flash fictions.

Biggest accomplishments: Believe that novel #1 is just days away from being ready for submission. Made a real breakthrough in presenting the protagonist in a more sympathetic light. Also, feel good about my discipline in writing my blogs regularly. Now to work on getting more of a readership!
Posted by Belle Brett at 7:24 PM