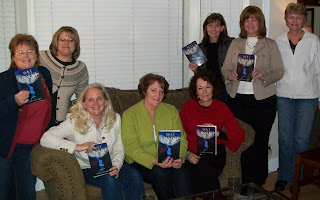 For the last couple of months, I’ve been immersed in revising a young adult novel I started longer ago than I care to reveal. It’s been an interesting journey that has revealed something about my evolution as a writer and about the staying power of an idea. It’s been like visiting old friends that one hasn’t seen in ages—the core personalities are the same, but some of the rough edges are worn away. (Have I used this phrase before? It has a déjà vu quality to it…)

It wasn’t always a young adult novel. In fact, I had no idea what it was when I first began it. That summer I was working on my “qualifying paper” for my doctoral dissertation, and the urge to write something completely different came over me. It was sort of a “busman’s holiday” (nice English expression), but I found it very cathartic. Inspired by a dream I had when I was 16, the story is based on some experiences from high school. Maybe there was something about reaching the last stages of my doctoral degree (at a somewhat advanced age) that took me back to my school days. Maybe I needed to get past something. Maybe I wanted to rewrite some of my history.

I came late to writing fiction, unless you count the hours and hours I spent as a child concocting and illustrating tales. A novel was an ambitious place to start my fiction career, but I had no desire to write short stories. I never finished the novel that first time round. Life took over (in particular, the dissertation itself, and then a new career, post dissertation). But five years later I came back to it, tweaking it, fleshing it out a little more. Then I took another turn with my writing and began a screenplay with a friend on a whole other subject. Meanwhile, I began to study story structure while learning about screenplay writing. I also learned about revealing character through dialogue since interior monologue generally doesn’t work well in film.

But I still didn’t couldn’t let go of that original idea. A few years after starting the screenplay, I took my first fiction class. Through that I reshaped the first four chapters of the novel and received feedback. Then more life happened that interfered with my ability to be creative, and more years passed. Finally, I embarked on what has now been a steady period of writing for the past five years. It began by revisiting the YA novel, which I abandoned for the fourth time to pursue something that an editor told me was more “marketable.”

Two large writing projects (and a number of shorter stories) later, I’ve come full circle but with three significant differences. 1) I know a lot more about writing now. 2) Young adult fiction changed, and now what might have been risque when started it has become acceptable. 3) I have a writers’ group and other sources of support, so that I have company along the way.

What I wrote all those years ago isn’t appalling, but it needs a lot of tender loving care. I should probably have started over, as the revision is taking me far longer than writing something new would have. All the little voices in my head from all the classes I’ve taken and the critiques I have received speak to me as I write—urging me to show not tell, inviting me to provide a significant detail, asking me to slow down or speed up. Sometimes it’s hard to discard the original narrative.

Here’s one example of changes made between the original version and the most recent. This is the opening of the story, which is set in the early 1960s.

Original: Amelia Wade, or Amy as she insisted on being called, walked up the stairs to school, with a mixture of excitement and dread. Both had found their way to her stomach. The first day of school once again. It couldn't be worse than last year. Though she feared the condition might be permanent, a small shred of optimism told her she had reached her depths as a sophomore, and it was only up from here on in. Anyway, eleventh grade felt like the beginning of the end of school. Next year she would be applying to college. College would save her from all of this.

2010:
Amy Wade exited the Number 24 bus in front of the crimson and white sign that read in clean, bold letters, “Friends Day School, established in 1864,” the bus driver said, "Cheer up. It can't be that bad."

How did he know? Strangers did that to her all the time. "Smile", they would say as she was walking down the street. What if she had just broken up with her boyfriend? Not that she ever had one. Or failed an exam? Not that she ever did. But it really annoyed her. People should mind their own business.

Both versions reveal something about character and about Amy’s state of mind this first day of school. In the first one, we learn sooner about Amy’s age and her goal of just wanting this stage of her life to be over. The second is more rooted in place and has more detail. She is reacting to something specific (in this case, the bus driver).

The above represents some small struggles I’ve had. Some changes involved more major restructuring. I added a third voice in the last iteration (there were two originally). I’ve kept that configuration, but I know that two of the voices aren’t as clear as the other. In particular, I need to create a credible voice for my somewhat wounded male adolescent. I also removed some extraneous characters and had some significant events happen to the main and major secondary characters rather than to characters we don’t care about. I’ve ratcheted up the tension between the happenings of the external world (civil rights, in particular) and the internal world of the school and class. A big challenge is to make the story and characters seem both universal and timeless and of its time. I know how I want it to end, but there are gaping holes to be filled (the murky middle).

What I love about writing novels is trying to make all the pieces of the puzzle work together, and it is also what is demanding and sometimes frustrating. Every change creates a possible rupture somewhere else. Maybe I should have learned to master (if one can use that word with a straight face) shorter forms of fiction first. But I love living with my characters, helping to solve their dilemmas and mine as a writer at the same time. And one day, I hope that we will all be ready to move on. But sometimes I wonder if years from now when my memory is fading, I will be convinced that this story I spent so many years on will seem as real to me as any of my life experiences and the frienships as genuine. Will the truth even matter if that’s what makes me happy?
Posted by Belle Brett at 12:45 PM